Celebrate the Festival of Lights with latkepalooza! Latkes are wonderful bite-sized potato pancakes that are fried in oil, and symbolize the ancient lamps that held only enough oil for one day but magically burned for eight.

These irresistible warm potato bites are a holiday staple and also make a terrific addition to any cocktail party. Throwing an elegant holiday get-together? Create a latke bar using your favorite potato latke recipe and allow your guests to build their own bites! Serve latkes unadorned with a variety of different toppings such as sour cream, onion, chives, apple sauce, smoked salmon and even caviar.

See below for a few creative seasonal toppings from Martha Stewart. 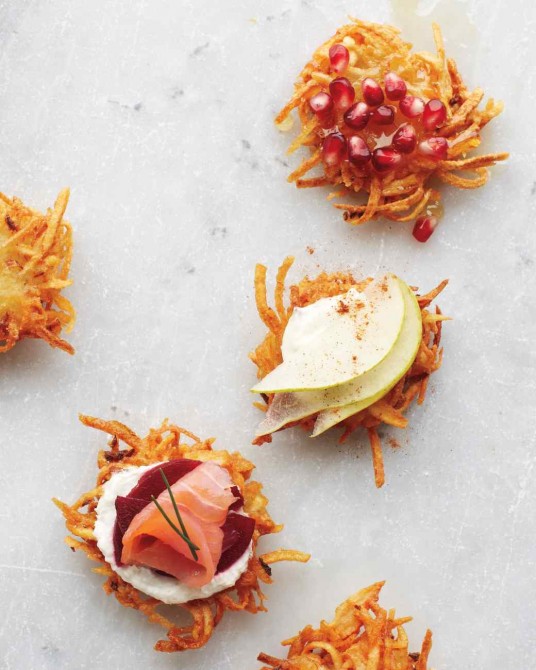